How Do You Know if a Creditor is Violating a Bankruptcy Discharge? 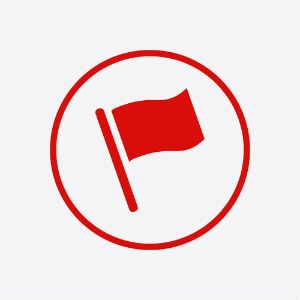 Filing for bankruptcy offers a variety of benefits, the most important of which is the debt discharge.

After bankruptcy is successfully completed, your debts are discharged, which means you are no longer obligated to pay what you owe and creditors are not allowed to attempt collection efforts on those debts. The relief and clean slate that comes with debt discharge are often the most important reasons people choose to file.

But what happens if you hear from a creditor once your discharge is complete? Or you notice your bank account has been levied or your wages garnished in relation to a debt you assumed was discharged?

How do you know what creditors can and can’t do and what’s in violation of your bankruptcy discharge?

Here are a few things to consider:

Was the Debt in Question Dischargeable?

First, it’s important to understand what debts were discharged and which ones weren’t eligible for discharge when you filed for bankruptcy.

Not all creditors are discharged and there are some debts you might still owe, even if you filed for bankruptcy. A few of the most common types of non-dischargeable debt include court-ordered debts, taxes, and student loans. To learn more about non-dischargeable debts, check out this information from The Balance.

Did You Reaffirm the Debt?

If you reaffirm a debt in bankruptcy you’re still legally obligated to pay what you owe.

Reaffirming a debt can keep the property safe from repossession, but only if you do not fall behind on payments. Lenders are not only entitled to repo possessions if you don’t pay what you owe, but they can also file a lawsuit to collect the difference in value.

Are You Dealing with Zombie Debt?

One of the most common ways debt can come back to haunt you after it has been discharged in bankruptcy is through zombie debt.

Zombie debt is a dead debt that comes back to life after it is sold to another creditor. Despite it being wiped out in bankruptcy, it can still be sold, which often leads to the new owner attempting to collect on it. Their hope is you don’t realize you are no longer obligated to pay.

This new collector doesn’t have any more right to collect than the old owner of the debt, but many of them give it a try anyway.

Is a Creditor in Violation of the Discharge?

If a creditor tries to collect on a debt once it’s discharged, you could have a legal case against that creditor. There are a few exceptions.

Every situation is different and the only way to confirm that a debt was discharged and you are no longer obligated to pay is to have a bankruptcy attorney review the information related to that debt. If you have questions or concerns about a debt or you believe a creditor is violating your bankruptcy discharge, the best thing you can do is contact an experienced bankruptcy professional.

If you’d like to know more about bankruptcy or want to speak to a Tampa area bankruptcy attorney about your obligations regarding certain debts, contact the Law Office of Robert M. Geller at 813-254-5696.