What You Need to Know About Reaffirming a Loan 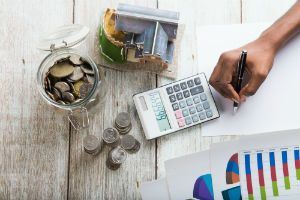 There are a lot of decisions to be made in bankruptcy. One of these decisions is whether you’ll be reaffirming any debt.

When you reaffirm a debt you are stating that you will pay what you owe to retain ownership of the property associated with that debt. For instance, if you reaffirm a car loan, you get to keep the car as long as you continue to make payments on what you owe.

What Should You Know About Reaffirming a Loan?

Reaffirmation has long been an option in bankruptcy but the process became more complicated in 2005 when Congress passed reformed bankruptcy laws.

Before the 2005 reform, bankruptcy laws included a provision that stated that if you stayed current on payment of a debt after you filed you were not considered to be in default. In essence, filing for bankruptcy and discharging a debt did not breach the contract governing the debt as long as you continued to pay based on the agreed-upon terms.

That changed with the updates to the laws. Now, even if you stay current on a debt, the mere act of filing for bankruptcy puts you in default. This means you are at risk for having your car repossessed even if you continued to pay. Reaffirming that care loan prevents this from happening.

When you reaffirm a loan, it means bankruptcy is no longer a breach of contract.

In the case of a vehicle loan, you receive none of the bankruptcy benefits (discharge), and the loan is the same after a bankruptcy as it was before and during. This means you could be at risk for repossession if you stop meeting your payment obligations.

Why are Vehicle Loans Reaffirmed So Often?

Vehicle loans are some of the most frequently reaffirmed types of debt.

This is because, in part, the vehicle lending industry was one of those that benefited most from the bankruptcy reforms. They were granted the right to use aggressive collection actions (repossession) against people who were filing for bankruptcy – even those who continued to pay on their vehicle.

The majority of vehicle lenders with the exception of Ford Motor Credit chose to not repossess vehicles automatically after the reforms, in part because it’s easier and more beneficial to get the income from the loan payments, but they still had the power to do so.

Reaffirmation is a Choice

Keep in mind, when you file for bankruptcy you do not need to reaffirm any of your loans.

In the case of vehicle loans, if you choose to do so, you can surrender your vehicle, which is often the best option if you know you will not be able to keep up with payments or you know the upkeep of the vehicle is too much. You can also take your chances and keep paying what you owe on the loan each month without reaffirming, which means you’ll get to keep the benefit of the discharge in the long run.

There are also instances in which the lender might work with you to make the terms of the loan more favorable by reducing interest or lengthening the term of the loan. Here is more information on negotiating better terms on a loan.

Ultimately, you need to decide if you have the income to afford to keep paying on the loan you are considering reaffirming. The bankruptcy judge makes the final determination and can either approve or deny the reaffirmation once he or she knows you understand your risks.

Many bankruptcy lawyers believe that reaffirmation is a lose-lose situation for debtors, but every situation is different. The best thing you can do is review your information with your attorney and make a decision that seems to offer the best-case scenario for you.

If you have questions about how reaffirmation works in bankruptcy or you’d like to speak to someone about your situation, contact the Tampa area bankruptcy Law Office of Robert M. Geller at 813-254-5696 or schedule an appointment at any one of our three convenient office locations.