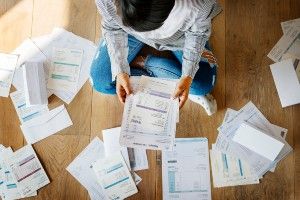 What is Debt Settlement?

Debt settlement can seem like a very appealing option when you are struggling to meet your financial obligations. It’s not as drastic as bankruptcy and it lets you off the hook for the insurmountable amount you owe.

And this is because it often is just that. Rarely do debt settlement companies deliver on their promises and you’re stuck in a worse position than if you’d done nothing or if you’d filed for bankruptcy.

Unfortunately, there are far too many people out there scared of what comes next when they are facing financial problems. They get calls daily from aggressive debt collectors, they might be served with a lawsuit, and their credit is an abysmal mess. Wage garnishment or levied bank accounts or foreclosure could be in their future.

Then in walks a debt settlement company offering to make it all better when in reality, their problems are only going to get worse.

The truth is that most debt settlement opportunities fail to offer a debt-free life and they result in credit that is damaged more than it would have been in bankruptcy. In many cases, the person dealing with debt problems ends up filing for bankruptcy anyway, but from a much worse place than had they opted for that in the first place. Some aren’t even able to afford bankruptcy because of what debt settlement costs them.

So Why Do People See Debt Settlement as Such an Appealing Option When It’s Most Often a Mistake? There Are Several Reasons:

Unfortunately, and regardless of how noble it might be to attempt to resolve debt through a settlement, you are not working with someone who has your best interest in mind. Debt settlement companies are in the business of making money and they make sure they get theirs first. This means that much of what you pay them to supposedly settle on your debt doesn’t even go to your creditors – it stays in the settlement company’s pocket.

You can read more about how the debt settlement process works in this article from The Balance.

Even if you believe bankruptcy isn’t the right option for you and you’d like to explore debt settlement, it’s important to look at all of your choices. Make sure you understand the truth about your bankruptcy and debt relief options and that you are making the best decision based on your specific circumstances.

To learn more about bankruptcy or debt settlement or to speak to someone about your financial situation, contact the Bankruptcy Law Office of Robert M. Geller at (813) 254-5696.