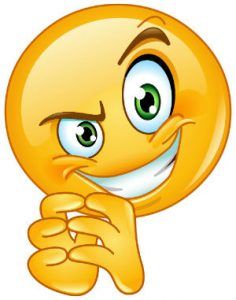 Filing for bankruptcy triggers something known as the “automatic stay.” This is a legal term that means creditors and debt collectors are barred from trying to collect a debt against you. If they continue to take collection actions against you it can affect their ability to recover any money in the bankruptcy process.

Unfortunately, some creditors try to get around the system and attempt to take your money after you’ve filed for bankruptcy. This can be extremely stressful for those who file, especially if one of your main reasons for filing was to stop the endless calls, the bank levies and wage garnishments, the lawsuits, and all of the other collection actions you were facing.

In most cases, it is the third-party collection agencies that try to work around the automatic stay. Collections agents will do whatever they can to get their money (after all, collecting on bad debts is their business’s primary source of income) even if it means breaking the law.

Lying to You about Debt Discharge

Many of these companies know their ability to collect on a debt is at risk once you file for bankruptcy, so they’ll do everything they can to try to get money from you, especially during the first few days and weeks after you file. Some even go so far as to lie to people who have filed for bankruptcy and tell them that the debt you have with them is non-dischargeable.

In most cases, they are playing games with you and they don’t have a leg to stand on. Even if a debt collector follows through on a lawsuit and receives a judgment against you, if a debt was non-dischargeable to begin with it will still be so after you file for bankruptcy even with a judgment.

Tricking You into Reaffirming a Debt

Some collectors try to convince debtors to enter into a reaffirmation agreement. This means you could be held legally responsible for a debt that would have otherwise been discharged in a bankruptcy.

Any creditor or debt collector that forces or pressures a debtor into entering into a reaffirmation agreement is likely violating the law. You should not sign anything or accept any offer from a debt collector once you have begun bankruptcy proceedings without first speaking to your attorney.

To learn more about reaffirming debts, check out this information.

Make sure you speak to your bankruptcy attorney before sending anyone any money once you begin the bankruptcy process. Not only does this protect you from paying toward a debt unnecessarily, it also protects you against scrutiny from the bankruptcy trustee. Debts are prioritized once you file for bankruptcy and if you pay toward a debt that’s considered low priority it can backfire for you.

The bottom line when it comes to filing for bankruptcy and facing ongoing creditor harassment?

Debt collectors and creditors must stop contacting you and collecting on a debt once they are notified that you have filed for bankruptcy. This protection extends throughout the bankruptcy process until after you’ve completed bankruptcy and a debt has been fully discharged.

If you have questions about collections efforts against you or you want to know more about how bankruptcy can protect you from aggressive debt collectors, contact the Bankruptcy Law Office of Robert M. Geller at (813) 254-5696.