Should You Be Afraid of Bankruptcy? 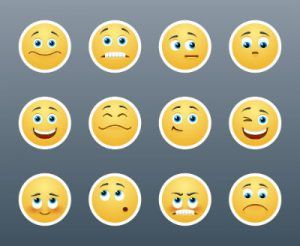 Bankruptcy has a bad reputation. People do all they can to avoid filing and even those who have never considered it assume that anyone associated with bankruptcy is shady or looking to take advantage of the financially insecure.

There are people out there preying on those who are struggling financially but frightened of filing for bankruptcy. They know there’s a bankruptcy stigma and they are willing to use it to their own benefit. Misunderstanding and fear over bankruptcy allow unscrupulous individuals to profit.

Of course, filing for bankruptcy isn’t an ideal situation. It’s not something you should aim to achieve and it should be seen as one of your last financial resorts. But it’s important not to view bankruptcy as the worst thing that can happen to you. It’s not the end of your financial life and it won’t ruin you.

It’s a tool to get you back on track financially.

The misinformation out there about bankruptcy is spread by those who stand to profit off of you being afraid to file.

That bankruptcy is the worst possible choice you could make is a myth perpetuated by debt settlement companies, creditors, and others who can make money off of your continued debt problems or who would lose money if you filed.

In many cases, their number one goal is to keep you paying toward your debt, regardless whether you ever pay it down or pay it off, and by filing for bankruptcy, you are stopping their money train in its tracks. It’s easy to see why they’d go to any lengths to prevent you from filing.

What are some of the tricks they use to convince you not to file for bankruptcy?

Should You Live in Fear of Bankruptcy?

The simplest answer: no. There is no reason to be afraid of filing for bankruptcy. You shouldn’t make it one of your goals, but if you find yourself struggling financially, you should seriously consider whether bankruptcy will benefit you.

You need to view filing for bankruptcy as one of your viable options for resolving your financial struggles. Maybe it’s not right for you and you’ll opt to handle your situation differently. Or maybe it is the best option and moving forward sooner rather than later will save you money and frustration.

The key is to not let fear drive your choice. Learn as much as you can about bankruptcy and base your decision on factual information, not on being scared of what you’ve heard or read about bankruptcy.

If you’d like to learn more about filing for bankruptcy or you are ready to discuss your financial situation with someone who can help, contact the Law Office of Robert M. Geller at (813)-254-5696.