What to Do If a Debt Remains on Your Credit Report after Bankruptcy: Why You Need to Be a Detective When It Comes to Credit Reporting Errors 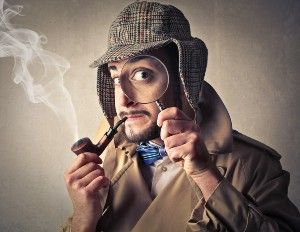 If you’ve noticed something on your credit report that doesn’t belong there, you aren’t alone. Credit reporting errors are common. Whether something was added to your report in error or something should’ve been removed but it’s still hanging around, errors happen all the time. This is why it’s so important to order copies of your credit report at least annually and check for mistakes.

But what if an error occurs after you’ve filed for bankruptcy? Do you have the same rights and can you get a debt that was discharged or paid during bankruptcy removed?

The simplest answer is “yes.” And it’s up to you to play detective and make sure you find any errors that could hurt you. You’ve invested too much repairing your financial situation to stop now. Any time you believe something on your credit report doesn’t belong there, it is your right to have it removed.

According to the Fair Credit Reporting Act (FCRA), “[w]henever a consumer reporting agency prepares a consumer report it shall follow reasonable procedures to assure maximum possible accuracy of the information concerning the individual about whom the report relates.” 15 U.S.C. Section 1681e(b).

Despite the laws in place to protect consumers, mistakes happen often and in some cases, create a heap of frustration for people. After working so hard to get things back on track by filing for bankruptcy, having difficulties removing an error from your credit reporting can feel demoralizing.

The good news is not only do you have a right to insist a mistake be removed from your credit report, but you might also be entitled to actual damages if the mistake harms you financially. In some extreme cases, a consumer could be entitled to punitive damages and other compensation if an error is considered egregious.

So let’s say you’ve completed your bankruptcy. It’s time to embark on your new financial life. What should you do first?

Request a copy of your credit reports from each of the three major credit bureaus.

Once you have the reports review them for errors. Following bankruptcy, your credit report should how all of your discharged debts as having a zero balance. It might also be listed as “discharged in bankruptcy” or something similar. As long as it is noted that you don’t owe anything on that debt, you should be good to go.

One of the reasons why there are often credit reporting errors after bankruptcy is because of debt buyers. These are third-party companies that bought your debt from the original lender. These entities buy debt for pennies on the dollar, hoping to collect more than they paid for the debt. If they paid 10 percent of what you owed and they aggressively pursue you and you managed to even pay them 20 percent of what you owe they’ve doubled their investment. In some cases, this can be a beneficial scenario to everyone involved, but bankruptcy puts the brakes on it.

Debt buyers often go to extremes to try to collect on their investment because otherwise, they’ll never be profitable.

The bottom line is you need to keep a watchful eye on your credit report. This rule applies whether you have filed for bankruptcy or not. Unfortunately, many people assume their credit is shot after bankruptcy. They don’t even look for errors on thir credit report. This is a mistake and it further prolongs your financial misery. If you’ve invested the effort in filing for bankruptcy, it’s important to make sure you reap all of the benefits owed to you.

If you’ve discovered an error on your credit report after filing for bankruptcy or you need help with the bankruptcy process, give us a call. To schedule a free consultation, contact the Law Office of Robert M. Geller at 813-254-5696.