What is a Tuition Clawback? 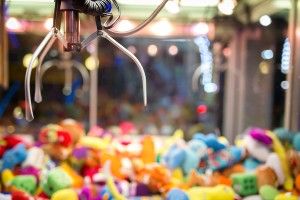 Student loans are one of the primary causes of financial struggles and a common reason people ultimately file for bankruptcy. In many families, parents assist their children with the high cost of tuition.

Unfortunately, finances are unpredictable in this day and age. Helping your child pay for college could put you at a disadvantage. In some cases, the college the student attended becomes a defendant in a bankruptcy case to which it has no direct link.

How Does this Happen?

Bankruptcy courts can go after tuition payments made up to two years before you filed. This means if a parent files for bankruptcy after having helped their child pay for college tuition in the last two years, the bankruptcy trustee could consider that payment preferential. Essentially, the college is a creditor. And as is the case with all creditors in a bankruptcy case, the trustee has the ability to capture the payment made to the institution. Once it’s recaptured, they redistribute it among all of the creditors listed in the bankruptcy.

If this seems confusing to you, you are not alone.

Even Good Faith Payments Can Cause Trouble in Bankruptcy

Preferences and fraudulent transfers are one of the more confusing aspects of bankruptcy even under the simplest of circumstances. If someone pays off a large debt shortly before filing for bankruptcy, the bankruptcy court can recapture that money. Then they use redistribute it in a way that it deems equal among creditors. In bankruptcy, you can’t show favoritism to one creditor over another. If the court believes you did so, they’ll work to undo it.

You can learn more about preferences and fraudulent transfers in general here.

The rules extend beyond creditors. They also include paying for goods and services for which you did not receive equal value in return. It’s considered fraudulent, even if fraud was not the intention.

If a trustee deems a payment to a creditor to be unequal, the trustee has the right to “clawback” the assets and undo the payment.

If you help your child pay for college and file for bankruptcy shortly after – and in this case shortly can mean years – you’ll need to disclose the payment to the bankruptcy court.

Tuition clawback has become an increasingly popular tool for trustees to use. In order to clawback tuition money, the trustee must file a lawsuit against the college that received the payment. According to the Wall Street Journal, 25 colleges were named in tuition clawback lawsuits in 2008.

Obviously, the bankruptcy court doesn’t have the power to stop a parent from financially supporting his or her child. But in the case of college tuition, the rules are a bit different. College students are of the age of majority, so parents have no legal obligation to provide. Even if a student was under 18 years of age when the parent made the tuition payment, it is not a basic necessity. Basic necessities include food, water, clothing, medical care, education, and a home.

Additionally, tuition payments are gifts to the child or to the college on behalf of the child. The child is also considered an insider. This means the trustee will look at the payment just as he or she would the payment of a debt to a loved one prior to paying a credit card company. Finally, the parent received no value directly from the tuition payment.

The court determined that tuition payments by a parent nearing financial insolvency are eligible for clawback because they are unequal to what other creditors receive in the bankruptcy.

Complicating things even more is the way in which students are affected by tuition clawback situations. Most colleges, so far, have been reasonable and understand that students have no control over their parents filing for bankruptcy. The usual penalties associated with unpaid tuition aren’t levied in most cases because schools don’t want to hold students or graduates responsible for their parent’s financial issues. But there is no guarantee this approach will continue, especially if bankruptcy trustees become more aggressive about tuition clawbacks and schools find they are losing significant chunks of money in bankruptcy lawsuits.

Can I File for Bankruptcy Without a Job?

Bankruptcy is often considered a tool used by people without money, without income, and without any financial hope. The truth...
Read More

Should I Use Retirement Savings to Avoid Bankruptcy? A Tampa Bankruptcy Lawyer Can Help You Protect Your Retirement Nest Egg

Withdrawing money from your retirement savings is rarely advised by financial experts, even if you are facing bankruptcy. Working with...
Read More

Can You File for Bankruptcy and Keep Your Home

Foreclosure is something that occurs after a homeowner has missed multiple mortgage payments. Working with a Florida bankruptcy attorney helps...
Read More

Is There Such a Thing as Mortgage Bankruptcy?

Your home is one of your primary concerns when filing for bankruptcy. Can you claim bankruptcy and keep your home?...
Read More

What Do You Need to Know about a Home Auction in Bankruptcy?

Home auctions are a common topic that arises when someone is faced with the prospect of bankruptcy. Bankruptcy protection for...
Read More

Can a Florida Bankruptcy Attorney Help Me Avoid Eviction

Losing one’s home is one of the most common concerns you can have when filing for bankruptcy. A Florida bankruptcy...
Read More

The COVID-19 pandemic has affected a variety of things including taxes. These COVID tax tips can help you prepare and...
Read More

How Can a Bankruptcy Attorney in Tampa Florida Help Me If I Fall Behind on My Mortgage After Filing for Bankruptcy?

Many people find that filing for bankruptcy provides all of the financial relief they need to get back on track....
Read More

It’s no surprise that people are skeptical of how bankruptcy can help their financial situation. Many have heard stories about...
Read More

What is a Discharge and What Does It Stop?

The primary benefit of bankruptcy is the discharge. Filing for Chapter 7 bankruptcy results in the elimination of your legal...
Read More