What Does Presumption of Abuse Mean and What’s Its Role in Bankruptcy? 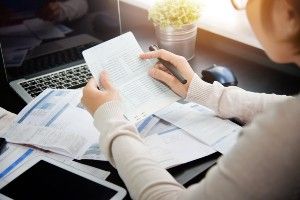 Deciding to file for bankruptcy is an intimidating experience. It becomes even more so as the process moves forward and various new and unfamiliar terms become commonplace, such as the presumption of abuse. This is one of the reasons it’s so helpful to work with a bankruptcy attorney. Someone will be there to explain things to you and help you through filing.

One of the scariest things that can come up during bankruptcy is the concept of abuse and fraud. Filing means you’ll be revealing a lot of information to the court system and giving up some control of your finances. Exactly what this looks like and how your bankruptcy will proceed – if at all – is based on the Means Test.

Bankruptcy Laws and How They’ve Changed

To understand the Means Test and how it works, let’s take a look back out how bankruptcy law evolved over the last couple of decades.

Altering the laws to make Chapter 7 qualifications stricter was done in an effort to protect consumers and lenders. Thus, the Bankruptcy Abuse Prevention and Consumer Protection Act was created. The new law discourages people from filing for Chapter 7 if they can reorganize and make payments on unsecured loans.

One of the primary tools used to ensure those filing for Chapter 7 was suited for it was the Means Test.

The means test is a calculation that determines if someone has money left at the end of the month that could go toward their debt. Anyone who has leftover money after plugging their financial numbers into the means test calculator fails the Means Test.

Failure doesn’t mean you don’t qualify for relief from your financial burdens or bankruptcy. It might not even mean you won’t be allowed to file for Chapter 7, but things will be more complicated.

Anyone who files for Chapter 7 after failing the means test is doing so under the “presumption of abuse.” This means the court presumes you are able to pay a portion of your unsecured debt but you are choosing not to do so. You might be abusing the bankruptcy system by doing this, but there are situations in which the court won’t consider it abuse.

For example, some people fail the means test when they should’ve passed. They assume certain expenses aren’t allowed or they mis-enter their information. This is why it’s important to work with an attorney right from the beginning, so you’ll have assistance completing the means test and know where you stand.

There are also exceptional situations. Even if you enter information correctly and have income left over to pay toward unsecured, debts, the court might still allow your Chapter 7 case to continue. You must provide an explanation of why you think you qualify for Chapter 7, but if that explanation is good and backed up by facts, the court is flexible.

Some of the most common situations in which the court allows these cases to move forward include:

You’ll also endure more scrutiny by your bankruptcy trustee if you file Chapter 7 under the presumption of abuse. The burden of proof is on you to show you are not committing abuse.

If you’d like to learn more about the means test, check out this information from Nolo.com.

Should I Try to File Chapter 7 under the Presumption of Abuse?

Every situation is different, so whether or not this is the right financial strategy varies from person to person. You and your attorney will review your case and determine what to do. But for many people without cut and dry circumstances, filing for Chapter 7 is worth the risk.

Both the trustee and bankruptcy court must agree that your case doesn’t qualify. If this occurs, your Chapter 7 filing will be dismissed. But you still have options. Some people allow the dismissal and then wait until their financial situation gets worse – allowing them to pass the means test.

Others convert their Chapter 7 filing to a Chapter 13 case once questions arise about the means test. This might extend the length of time it takes to get your situation organized, but you’ll still benefit from the protections offered when you initially filed.

If you have questions about the means test and the presumption of abuse, or you are starting from scratch and need someone to help you file for bankruptcy, we can help. Contact the bankruptcy Law Office of Robert M. Geller at 813-254-5696 to schedule a free consultation.