What is a Preferential Transfer? 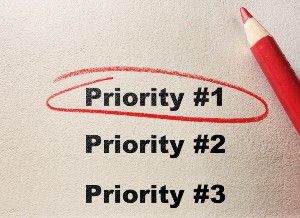 When you file for bankruptcy, the bankruptcy court determines the order of payments.  This is true for both Chapter 7 and Chapter 13 bankruptcy. Some debts have high priority. You pay them, in full or in part, after liquidating your assets or through your payment plan. Other debts are low-priority. You pay them if there is money after paying the priority debts. In some cases, these debts aren’t paid at all and are discharged in full.

Why is that the case and what do you need to know about preferential transfer and payments?

First, it’s important to understand the different types of debt. Debt falls into one of four categories according to bankruptcy law:

Bankruptcy Eliminates Your Control Over Your Debt

Once you begin moving toward bankruptcy, choosing to pay one creditor and foregoing your minimum payment obligations to another becomes a problem. Showing favoritism to one creditor over another by making inequitable payments is a preferential transfer.

A situation is a preferential transfer if it:

If you do this and the bankruptcy trustee determines there is a problem – that a payment was preferential – he or she can reclaim that payment and redistribute it to similar creditors. This avoids preference.

How Does the Trustee Know You Favored One Creditor Over Another?

When you file for bankruptcy you’ll need to disclose all information about your debts, your income, and other financial matters. According to the bankruptcy code, you must disclose any payments over $600 to a single creditor within the last 90 days. Trustees have the power to pursue preferential payments. If they decide it’s worth it, they then redistribute the money among all of your creditors.

In most cases, this will only happen when it’s in “the best interests of creditors” and if the money you paid to a creditor was more than they would receive in a Chapter 7 bankruptcy.

Trustees and the Court Have Flexibility with Preferential Transfers

Another thing to understand about preferential transfers: the rules aren’t set in stone. For example, trustees can go back further than 90 days if they believe a debtor was insolvent for longer than that. It’s also possible for the trustee to ignore preferential payments if it’s not worth their effort. In order for a trustee to take action, they need to know it’s worth their time and in many cases, it isn’t worth the effort of chasing down payments.

You won’t know how aggressive a trustee will be until your case is underway, so it’s important to do all you can to avoid problems. Working with an experienced bankruptcy attorney helps. For more information or to schedule a consultation, contact the Law Office of Robert M. Geller at 813-254-5696 to learn more.