Help! A Credit Card Company Won a Judgment against Me! 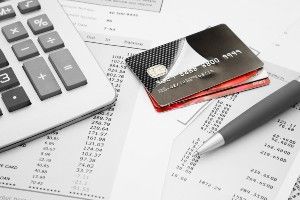 Having a credit card company file legal action against you is nerve-wracking. It only gets worse if they win that judgment. When a creditor is given the power by the court to take further action against you, it can lead to a lot of trouble and make your financial situation a lot worse very quickly.

What should you do if a creditor wins a judgment against you in court?

First, let’s take a look at why it’s so important not to ignore the potential for judgment.

Before the court grants a judgment against you, you’ll receive notification that things are moving forward. You’ll be served when the creditor files a lawsuit and you’ll be given an opportunity to respond to this lawsuit.

Unfortunately, people often ignore this notification and assume the problem will go away. Ignoring the problem all but guarantees this won’t be the case. When you fail to respond to a lawsuit filed by a creditor, the court automatically grants the judgment. This means that no matter the circumstances, even if the creditor’s claims about a debt aren’t legitimate, you’ll be on the hook for paying the debt.

Ignoring a lawsuit filed by a creditor is the worst thing you can do. The only chance you have for avoiding a judgment is to respond and deal with the problem.

But what happens if it’s too late? You failed to respond because you didn’t realize you needed to do so or you responded and the court still found in favor of the creditor?

Chances are one of four things will happen next:

Wage garnishment is one of the most powerful tools creditors have once they’ve received a judgment. This means they’ll siphon money out of your paycheck directly through your employer. Not only does this reduce your take-home pay, but it also means your employer will become aware of your financial situation – a scenario that makes most people cringe in embarrassment.

And if you’re thinking your good relationship with your employer will protect you from this, think again. There is nothing your employer can do to protect you. If the court approves wage garnishment it’s a done deal. Creditors can take up to 25 percent of your disposable earnings, putting you at a distinct disadvantage of ever getting ahead financially.

To learn more about wage garnishment in Florida, check out this information from Nolo.com.

Placing a Lien on Your Property

Another option creditors have is to place a lien on your property. This is one of the most powerful tools they have for getting the money owed to them by debtors. With a lien in place, you’ll be unable to collect proceeds from the sale of property without first paying the creditor. This means if you are planning to alleviate some of your financial woes by selling something of value, it might not work out as you intend and the proceeds will all go to the one creditor that sought a judgment against you.

If your plan to avoid a problem with a lien is to just not sell the property, a Writ of Execution could force your hand. This allows a creditor to hasten the sale of property under the order of the court. If they are successful in gaining a Writ of Execution, a sheriff will seize your property and sell it, passing on the proceeds to the creditor in question.

The fourth option a creditor has for forcing you to pay a debt is to request a bank account levy. A bank levy means creditors can seize your savings or checking account and take the money in it to satisfy a debt. It’s a popular method in many states because creditors don’t need to worry about seizing real property or waiting for it to be sold at public auction.