Can You File for Bankruptcy When You’re Unemployed? 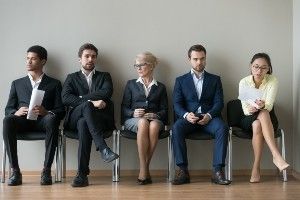 Can You File for Bankruptcy with No Job?

Being in debt is bad enough, but if you’ve lost your job recently or accumulated debt because of unemployment, you face two battles. Dealing with bankruptcy and unemployment is overwhelming, but can you file bankruptcy with no job?

It’s difficult to catch up on debt when you have a steady income. But when there is no money coming in each week or month, chipping away at a large debt is all but impossible.

Can filing for bankruptcy help you if you’re in debt and unemployed?

Some Types of Bankruptcy Require Income

First, it’s important to understand there are very few rules regarding bankruptcy and unemployment. The only significant rule is that you are likely ineligible for Chapter 13 bankruptcy if you are unemployed. Chapter 13, sometimes known as wage earners’ bankruptcy, requires an income. Unless you’ve found a way to earn money that doesn’t involve work or a job, chances are Chapter 13 bankruptcy is off the table for you.

On the flip-side, some people are ineligible for Chapter 7 bankruptcy if they recently lost a job that paid them high wages. In some cases, you’ll need to wait to file because you have money to pay certain debts and those debts probably won’t be discharged in bankruptcy. The average income earner, even if they lose their job, will have other options for dealing with their debt – at least in the immediate future.

What Should You Know About Bankruptcy and Unemployment

So, aside from these general “rules” about bankruptcy and unemployment, what should you know?

There are a few factors that influence your bankruptcy case when you’re unemployed, including:

These factors play a role in whether or not you will pass the means test. As mentioned earlier, if you were recently a high-income earner, chances are you won’t qualify for Chapter 7.

No bankruptcy court is going to look at someone who was recently earning a great deal of money and just discharge their debts. The court assesses your average income over the past six months. If it includes high wages, it’s going to hurt your chances of qualifying. The means test is one of the tools used to determine if you qualify for Chapter 7 or Chapter 13.

The best thing you can do if you want to file for Chapter 7 but your recent income disqualifies you is to wait. About six months from now, if you don’t find another job, you’re likely to qualify for debt discharge.

If you can’t wait or you know you’ll find a job within the next six months that will disqualify you, your best option is to file for Chapter 13. The problem you’ll encounter is that Chapter 13 requires you show an ability to meet payment obligations. You must have some type of income to qualify for Chapter 13.

However, that source of income doesn’t have to come from your job. It must be verifiable, but that doesn’t mean it has to be traditional employment. It could be rental income or income from a court settlement or even your unemployment benefits.

As long as you’re able to show you’ll have the income needed to meet payment obligations, you’ll qualify for Chapter 13 bankruptcy. Bankruptcy and unemployment can work, you just need to know how to deal with your specific situation.

Is Bankruptcy Right for Me?

How do you know if you can file for bankruptcy with no job? In addition to your unsettled job situation, you’re also facing a stressful financial situation. Life can feel overwhelming in this situation.

The important thing to remember is that you are not alone. Other people are dealing with challenges similar to your own. There is also expert guidance available to help you make your decision.

For more information or to speak to someone about your options if debt is a problem during unemployment, contact the Law Office of Robert M. Geller at 813-254-5696 to learn more.