Can I Protect a Debt from Discharge? 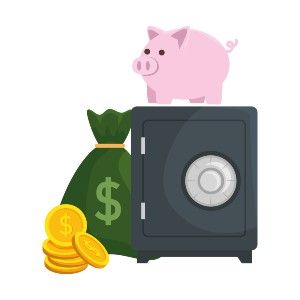 Discharge of Debt in Bankruptcy

The discharge of debt is one of the main reasons people file for bankruptcy. In Chapter 7, filers receive a discharge from the court that says they are no longer legally obligated to pay the debt. The same happens in Chapter 13 after the bankruptcy payment plan is completed. Discharge is one of the most significant benefits of bankruptcy and it’s often what prompts someone to file.

The trouble with bankruptcy discharge, though, is that it doesn’t apply to all debts. Certain types of debt don’t get discharged and if you file, only to find out that a significant portion of your debt is still owed, your bankruptcy plan can backfire.

To learn more about the difference between dischargeable and non-dischargeable debts, check out this information from The Balance.

But what about debts you don’t want to be discharged? Are there ever times when someone filing for bankruptcy would want to protect a debt from discharge?

The answer is “maybe.”

It’s a question bankruptcy attorneys are asked frequently. Despite the benefits of discharge, some people just want to pay certain debts after bankruptcy. Reasons vary from person to person, but ultimately they want to pay the debt in question.

Regardless of why you choose to protect a debt from discharge, there are several things you need to know about how to handle that debt.

Some people filing for bankruptcy assume they can just not list that debt in their bankruptcy schedules. After all, if they intend to pay it and they don’t want it discharged, by both telling the court about it, right?

Wrong. And it’s a move that can get you into a lot of trouble.

Omitting a creditor, no matter your intentions can result in your case being dismissed. Not only will that debt not be discharged, neither will any of your other debts. The omission constitutes perjury, which is a federal crime.

So what should you do if you want a debt protected from discharge?

One of your options is to voluntarily repay the debt after bankruptcy. Discharge of a debt means you are not legally obligated to pay it, but it doesn’t mean you can’t pay it. If you want to pay a creditor for a debt that was discharged, just go ahead and do it. You can pay in a lump sum or send in payments as you would have if you’d never filed for bankruptcy. And best of all, paying a debt after discharge creates no legal obligation, so even if you aren’t able to pay the total amount you can stop paying without any consequences.

You also have the option of reaffirming the debt. Reaffirmation is often used with vehicle loans and it requires court approval. If you’d like to learn more about reaffirming a debt or you think it could be an option for you, check out this explanation from Investopedia.

Finally, there are some cases where you won’t need to reaffirm a debt or voluntarily repay it because the debt automatically survives the bankruptcy. These are debts you don’t need to worry about protecting from discharge because they are non-dischargeable and you’ll be required to pay them. Debts that aren’t directly affected by bankruptcy discharge include child support obligations, recent income taxes, and student loans.

Deciding how to handle debt discharge and dealing with the specifics of your bankruptcy case is something you need to do with the guidance of an experienced professional. For more information or to schedule a consultation with a bankruptcy expert, contact the Law Office of Robert M. Geller at 813-254-5696 to discuss your situation.