Will Your Favorite Retailer File for Business Bankruptcy in 2021? 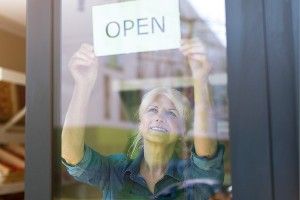 2020 was a tumultuous year and many of the financial challenges caused by the pandemic are expected to carry over into 2021. The retail sector was one of the most heavily impacted by lockdown measures and many are expected to file business bankruptcy in the upcoming year. While some retailers like Amazon, Walmart, and Target did great throughout 2020, others like Pier 1 Imports, Stein Mart, and several JC Penney stores closed their doors forever.

What’s on the horizon for your favorite retailer in 2021?

However, it won’t be enough for many retailers. Survival for many stores depends solely on how many people return once in-person sales are the norm again. And this depends not only on how safe it is to shop in person but also on whether shoppers want to return to this less-convenient option. Not to mention, how individuals are faring financially also plays a role in the health of the retail sector.

What stores could be on the chopping block in the coming year?

Some of the stores facing the greatest challenges in the year ahead have been struggling for some time. JCPenney filed for Chapter 11 protection in May, just a few weeks after many stores implemented temporary closures. The company had closed 150 stores by the end of 2020 and expected to close 15 additional stores by the spring. Whether or not it will survive the year depends on how much foot traffic returns to the store in 2021.

Kmart and Sears have a similar story. Their financial struggles have been ongoing for years and their Chapter 11 filing came in 2018. The chains were down to just over 180 stores by February 2020. A few additional closures throughout the year brought that number even lower. Based on how much the stores have struggled during strong economic times, most experts don’t expect them to survive the economic fallout of the pandemic.

Department stores including Macy’s and Neiman Marcus have been hit heart by the pandemic. Macy’s had already announced plans to cut 2000 jobs and close 20 percent of its stores in February 2020. The pandemic has done nothing to make the outlook brighter for the foreseeable future.

Still, it’s doing better than some of its competitors and has the best chance at bouncing back once we’ve moved beyond the most serious COVID threat. The company’s chairman and CEO announced in September that it entered the fourth quarter “in a stronger than expected position.”

The same was not true for Neiman Marcus, one of the first major retail establishments to file for Chapter 11 bankruptcy after the pandemic hit. It emerged from bankruptcy in September and has another shot at surviving. However, it remains listed as a “vulnerable retailer” on Moody’s list.

One of the most devastating effects of the pandemic for retailers was the shift to customers working from home. In addition to restricting foot traffic into the stores, there was a reduced need for products. Work-from-home wardrobe needs are far different than office attire and people simply stopped buying business and business casual clothing.

Some of the retailers affected by this shift included Christopher & Banks, Ann Taylor, Lane Bryant, and Express. The Paycheck Protection Program helped some of these businesses, but sales are expected to remain depressed for the foreseeable future. Stores under the Ascena Retail Group, including Ann Taylor and Lane Bryant, as well as Loft, Lou & Grey, were sold to a private equity firm.

The retailers listed above aren’t the only ones negatively impacted by the pandemic. Other stores considered at risk include Rite Aid, Party City, Jo-Ann, and Bed, Bath & Beyond. It’s also important to note that many of these stores were struggling before 2020, in part due to the more gradual shift to e-commerce sales. COVID sped up the inevitable in many of these cases. For a more extensive list of at-risk stores, check out this information from Forbes.

Retailers aren’t the only ones turning to business bankruptcy to survive the pandemic. If you are facing financial challenges, we can help. Contact the Law Office of Robert M. Geller at 813-254-5696 to schedule a free consultation. 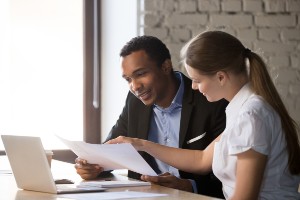 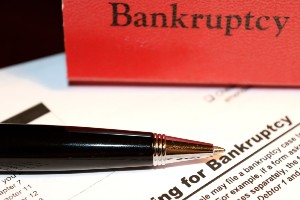 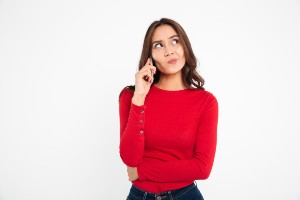